Amsterdam's city government believes that it is essential to ensure safe, healthy working conditions and more independence for sex workers in Amsterdam. The city’s prostitution policy is designed to involve the entire sex industry in strengthening the position of Amsterdam’s sex workers and combating abuse.

To fight abuse more effectively, more insight is needed into the nature and scope of prostitution in Amsterdam. Greater transparency will allow for a more focused approach, helping to create a safe, ‘healthy’ sex industry. This approach is described in local legislation, in the Amsterdam Municipal Ordinance.

The first and most important step has been to ensure an effective licensing system. Between 2013 and 2016, all businesses active in the sex industry in Amsterdam were required to apply for a new license. To receive a license, establishments must have an approved business plan on file that details measures for providing safe, hygienic working conditions for their sex workers and ensuring that they are healthy and independent. Additional licensing requirements include proper business administration, rental conditions, intake, and supervision. In Amsterdam, legal forms of prostitution are divided into the following categories:

Amsterdam has three window prostitution zones. These are located in buildings along the Ruysdaelkade and Singel and in the area known as De Wallen (Amsterdam’s main red light district). While permits will no longer be granted for new window establishments, escort agencies with no permanent address can still apply for a license. 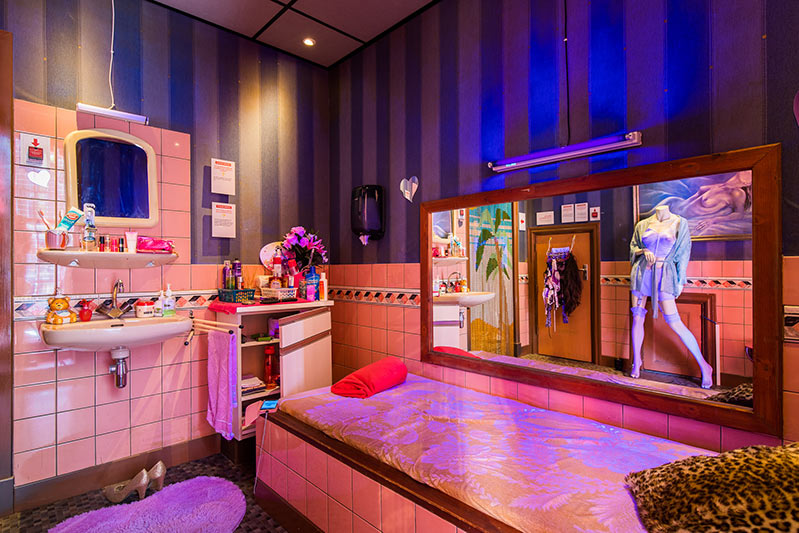 Illegal prostitution refers to any form of prostitution that is required to have a license under the Amsterdam Municipal Ordinance (APV) but does not have one. This can include prostitution that takes place in private residences (if multiple sex workers are employed in the same house) or in massage parlors, as well as certain types of illegal escort services.

While completely eliminating illegal prostitution in Amsterdam may be an unrealistic goal, strict regulation and enforcement do have a deterrent effect and help to provide more insight into the problem. Amsterdam’s city government also believes it is important to support vulnerable sex workers, who are often unaware of how to get help when they need it.

The primary goal is to identify and combat abuse by carrying out more joint inspections together with the police and other partners. This approach is geared towards disrupting illegal prostitution in the city. Joint inspections will give Amsterdam's city government more insight into the nature and scope of illegal prostitution and will allow more effective cooperation between the various parties involved. During these inspections, a variety of healthcare and social service organizations in Amsterdam work together to provide help to sex workers who need it.

Ten commandments of prostitution (in the Red Light District)

Every year approximately 5,4 million tourists visit the Red Light District. They walk alongside the canals and through the small alleyways, looking around in amazement. If you are one of them, you are very welcome to experience this unique part of Amsterdam. But keep in mind, this is a neighborhood where people live and work. Some of them are the reason you are here for the prostitutes themselves. This is the place they work, where they try to make a living. They are people who do a hard job, sometimes under difficult circumstances. Please keep this in mind: you are welcome to visit their workplace, but behave, treat them with respect, treat them like you would like to be treated.
‘Ten commandments of prostitution’.

Principles of behavior towards prostitutes

1. Do not take photographs or film
2. Do not tap or spit on the window
3. Be respectful toward the women
4. Do not peek through cracks in the curtains
5. Do not stand in front of the doors or windows
6. When visiting, pay in advance and discuss beforehand what is and is not permitted
7. Never have unprotected sex
8. Be hygienic (clean and well-groomed, not intoxicated)
9. When you suspect force or coercion, call the police on 0900 8844
10. Aggression is not tolerated